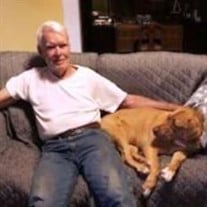 Our beloved William Clifford Hooper, “Bill,” age 88, passed away on January 22, 2022, at his home in Molino, Florida. He was the son of William A. Hooper and Florence L. Gilmore of Elgin, IL, who both preceded him in death, as did his sister, Arlette L. Reed of Ft. Myers, FL. He is survived by his long-term companion Diane Carman, his son William P. Hooper of Homestead, FL and his wife Theresa, and their children, Alyssa M. Hooper and William A. Hooper, his daughter, Kimberly M. Hooper of Coral Gables, FL, and his ex-wife, the mother of his children, Britt L. Hooper of Fleming Island, FL. Bill was born in Chicago, IL on January 9, 1934, and grew up on the South and North side of Chicago until attending the University of Arizona. In college he excelled at track and field and the acrobatic rings. Bill entered the Marines and was stationed in Japan, which is where he learned how to fly. After active-duty military service he flew for Southern Airways, Air America, and Pan Am. Bill met wife, Britt L. Manninger, while on strike at Southern Airways. They were married in 1961 and resided in Miami, FL. He retired from Pan Am after 30 years as a 747 Airplane Captain. Bill had many passionate interests throughout his life and continued enjoying them after moving to Molino, FL with Diane Carman, they included gardening, boating, camping, riding motorcycles, collecting and restoring old cars and motorcycles, and purchasing treasures at estate sales. Bill also had a passion for his dogs. Bill is survived by Starr, his four-legged friend, who has been on watch since Bill was placed in Hospice care just 10 short months ago. The family requests that in lieu of flowers please donate to your local humane society in Bill’s name. Graveside services will be held at 10AM on Monday, January 31, 2022 at Barrancas National Cemetery, NAS Pensacola, FL. A procession will leave Faith Chapel Funeral Home North at 9:30AM.

The family of William Clifford Hooper created this Life Tributes page to make it easy to share your memories.

Send flowers to the Hooper family.