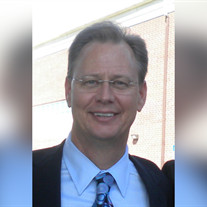 On March 12, 2012 Michael Anthony Schroeder, age 48, entered into the joy of Heaven with his Savior. Michael is survived by his wife, Lisa Dennis Schroeder; sons, Michael Kyle, Christopher Blake, and Derek Nathaniel; parents, Papa Don and Mama Gail Schroeder; sister, Melanie Rose Saccomanno (Peter); brother Christopher Scott Schroeder (Jamie); nephews, Christopher and Zachary Schroeder; nieces, Lauren, Lindsey and Leah Saccomanno. He was preceded in death by his brother, Gerald Don Schroeder, Jr. “Little Jerry”. Michael leaves behind a great heritage, having exemplified godly manhood by living his life anchored to the pillars of dignity, character, and honor. Above all, he loved and honored his Heavenly Father and passionately shared his abiding faith in Christ with everyone he met. He honored his church, McIlwain Presbyterian, by serving as Deacon. He honored, loved and adored his wife of 25 years and relished his role as a father, having raised three upstanding gentlemen who carry on his legacy. He was a faithful son who honored his earthly father by running the family business, WPNN AM790 for the past 16 years. Finally, with a deep sense of patriotism, he honored his country by serving in the USAF from 1986-1990. Michael’s Reformed faith taught him to glorify God, enjoy Him to the fullest and to honor his Creator in all of life. As a result, he sought to enjoy every aspect of life, especially those times in which he gathered with friends and family, ever ready to feast on good food, great wine, and, in typical Michael fashion, dress in fashionable clothing with a stunningly vibrant tie! He loved and supported Trinitas Christian School and its emphasis on training young men and women of virtue to think and act with a distinctly Christian mind, having sacrificed much to send his three sons there. He will be remembered by those who know him as a man of faith, honor, virtue, integrity and perseverance and his influence will be used by His Heavenly Father to bless others in ways both small and large for many years to come. To God be the Glory, great things He hath done! The family would like to thank Covenant Hospice and their staff, Sylvia Stock, RN, Dr. Herb Gannon, and Kathy Skoglund. In lieu of flowers, donations may be made to the Michael Schroeder Family Memorial Fund at any Wells Fargo Bank. Visitation will be at McIlwain Presbyterian Church on Thursday, March 15, 2012 from 5 pm until 7 pm. Service will be at McIlwain Presbyterian Church on Friday, March 16, 2012 at 2 pm with interment at Bayview Cemetery, followed by a Feast and Celebration of his life at the MdIlwain House, 1200 E. Blount Street. FAITH CHAPEL FUNERAL HOME, 100 Beverly Pkwy is in charge of arrangements. Visitation: McIlwain Presbyterian Church Service: McIlwain Presbyterian Church

The family of Michael Anthony Schroeder created this Life Tributes page to make it easy to share your memories.

Send flowers to the Schroeder family.