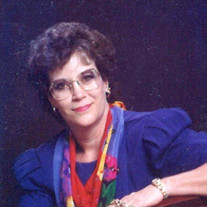 Mary A. Henderson-Phillips, resident of Molino, Florida passed away on February 8, 2022. She was born December 17, 1943 in Chattanooga, Tennessee to Asa P. Schell and Agnes Troutman Schell. Mary was a banking professional for 41 years. She was a graduate of the University of Florida School of Banking. She retired as an investment banker from First Union. Throughout the years, Mary gained many long-term friendships with many of her employees, co-workers and customers. From these friendships, her group of Ladybug besties was formed. They have lived, laughed and loved together for close to 45 years. Mary was a faithful member of Aldersgate United Methodist Church in Molino, Florida. She was a member of the Krewe of Aphrodite and was elected their Queen in 2003. She also was a member of the Red Hat Society and a past member of the Maids of Luna. She loved being a part of these organizations and often spoke fondly of her memories. Mary, along with Westley, took on the role of caregivers for her daughter Karen and tirelessly took care of her until she passed in 2020. They served as parents/grandparents to Karen’s grandchildren Robert and Lily Worden and Westley’s grandson Josh Warren. Mary (Nana) loved her family with all her heart. She always wanted to know every detail of their lives. She encouraged them and loved them unconditionally. Facetiming or visiting with her grandchildren and great grandchildren was her favorite past time. Nana was always looking at their photos on Facebook and proudly sharing with others. Mary is preceded in death by her parents, Asa P. Schell and Agnes Regan; brother, Bobby Schell; and daughter, Karen Henderson Ellis. Mary is survived by her loving husband, Robert Westley Phillips; son, Bill Henderson (Cindy); grandsons, Garrett Henderson (Pam), Zack Henderson (Kendall); and great grandchildren, Wheeler, Campbell and Davies Henderson, Robert and Lillian Worden; stepsons, Jerry Phillips (Amber), Mike Phillips, Josh Warren; stepdaughter, Lori Phillips; step grandchildren, Westley, Pierce, Brighton, and Payton Phillips. She is also survived by many cousins and nieces and nephews. A Funeral Service will be held at 4:00 pm on Saturday, February 12, 2022 at Faith Chapel Funeral Home North with Pastor Jimmy Cook officiating. The family will receive friends from 3:00 p.m. to 4:00 p.m. prior to the service. Faith Chapel Funeral Home North, 1000 South Highway 29, Cantonment, is entrusted with arrangements. You may express condolences online at www.fchs.com.

Mary A. Henderson-Phillips, resident of Molino, Florida passed away on February 8, 2022. She was born December 17, 1943 in Chattanooga, Tennessee to Asa P. Schell and Agnes Troutman Schell. Mary was a banking professional for 41 years. She... View Obituary & Service Information

The family of Mary A Henderson-Phillips created this Life Tributes page to make it easy to share your memories.

Send flowers to the Henderson-Phillips family.