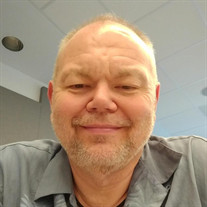 “ We are colorful, and we are more.” – Anynomous On February 26, 2022, Lem “Roger” Soles, 61, passed away unexpectedly from complications and underlying health issues following open heart surgery. He spent his final hours with his sister Sonja, and a few close friends by his side. Roger is preceded in death by his parents, Master Sergeant Lem V. Soles and Opal R. Soles, of Baker, Florida. He is survived by his sister Sonja Ann Spirakis, (Joe) of Cantonment, Florida, and his nephew, Christopher Charles Gravat, of Madison, AL. Roger was a resident of Milton, FL. Roger was born in Sumter, South Carolina, on April 6, 1960. The son of a globetrotting US Air Force veteran, Roger’s passion for traveling was realized at a young age. After graduating Valedictorian of Baker High School, he attended the Georgia Institute of Technology, where he earned a Master’s of Science in Computer/Electrical Engineering. A lifelong learner, Roger took many continuing education classes at University of West Florida, Pensacola State College, City College of San Francisco, MIT, Stanford, and the University of Florida. Upon graduating from Georgia Tech, his career started at Coca-Cola in Atlanta, where he worked as an engineer, patenting the Automated Ultrasonic Fountain Soft-drink Dispenser, as well as working on other ground-breaking technologies that would help propel Coke into the worldwide phenomenon they are today. After leaving Coke, Roger headed to the west coast and worked for tech giants like Microsoft and Oracle long before they were household names. His work with these companies while in their infancy, helped to shape the future landscape of technology as we know it. This was just the start of an illustrious career that spanned over 5 decades. Roger never tired of learning or striving to be the best in his field, and his strong work ethic made him a valued consultant with major tech players and educational institutions all over the world. Roger’s career in engineering and technology was central to his life and creative pursuits. He was an outspoken advocate for companies with sustainable business practices that valued community-building and social justice. A lover of animals, Roger had several beloved pets whom he considered family, the closest being his Siberian Husky, Isis Sobaka Soles, his cat, Mr. Data, and most recently, Sugar, his Chihuahua. In the last years of his life, Roger carried Sugar everywhere with him, they were inseparable. Roger and Sugar passed mere days apart, and were right by each other’s side until the very end. Roger had his mom’s knack for gardening and he valued the natural environment where he hiked, camped, and kayaked. These hobbies were also apparent in his fashion, as those that knew him well knew how much he loved his trademark Vibram 5 finger shoes. Roger admired Jimmy Carter, Warren Buffet, Joni Mitchell, and the poetry of E.E. Cummings. He visited all 50 states, Australia, Japan, the UK, Mexico, and the Caribbean. Roger joked that NASA changed the name of the LEM (Lunar Excursion Module) on the Apollo moon lander to avoid copyright or trademark issues with his name. His dry sense of humor and brilliance were second to none and were on full display for those familiar with his “Dump Facebook” philosophy and his blog. Roger garnered an extreme amount of respect from everyone he encountered throughout his lifetime, and his loss will forever be felt by family, friends, and his respected colleagues. “If we merge mercy with might, and might with right, then love becomes our legacy” – A. Gorman A Celebration of Life service will be held at 12:15PM on Sat., March 12, 2022 at Faith Chapel Funeral Home North with Pastor Pat Mobley officiating. The family will receive friends at 11:30AM prior to services. In lieu of flowers, please share your condolences as donations to a local animal shelter or charity to support animals. Roger recommended Charity Navigator to help you choose. https://www.charitynavigator.org

The family of Lem Roger Soles created this Life Tributes page to make it easy to share your memories.

“ We are colorful, and we are more.” – Anynomous

Send flowers to the Soles family.