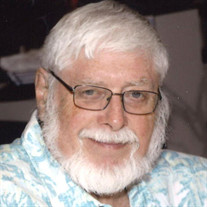 Kenneth W. Maine, age 73, died on April 5, 2022, with his wife by his side at West Florida Covenant Hospice after a very short battle with pancreatic cancer. He was born on October 21, 1948 to Ruth and Clark Maine (deceased) in Potsdam, New York. Ken graduated from high school in 1968 and was then drafted into the United States Army in 1969. He served his country proudly in Vietnam as a 31G Tactical Communication Chief in Camp Evans, The Low Lands, Fire Base Rakkasan, and Khe Sanh, where his friend and fellow soldier, Jay Fishbeck, was killed in action. He worked in telecommunications for General Dynamics, Stromberg Carlson, Siemens, and Century Link traveling all over the United States and abroad, retiring in 2011. He was a member of the Pensacola Beach Elks Lodge #497 and The Veterans of Foreign Wars Post 706. Ken loved his family and being a dad and “Papa Ken.” Ken is survived by his loving wife of 45 years, Donna Hammac Maine; his daughter, Jennifer (Richard, deceased) Layton of Largo, Florida; his sons, Tony (Dawn) Hammock of Spanish Fort, Alabama and Michael (Kendra) Hammock of Lakewood Ranch, Florida; his sisters Ruth Ann, Betty, and Laura; and his brothers, Robert, Stanley, and Louis; his grandchildren, Olivia Layton, Ryan Layton, AJ Hammock, Brittany Hammock, Kaley Hammock; and a soon-to-be grandson, Brody Hammock, his sisters-in-law, JoAnn (Rusty) Bryan Wells and Carol Maine. He is preceded in death by his brother, David Maine; his father-in-law, Harvey Hammac; and his mother-in-law, Elma Hammac. Funeral services will be at Faith Chapel Funeral Home South. Visitation will be at 11:30 am on Thursday, April 21, 2022. Service will begin at 12:00 pm. Procession from the funeral home to Barrancas National Cemetery will begin at 1:00 pm with military internment at 1:30 pm. Memorial contributions may be made to Covenant Hospice Faith Chapel Funeral Home South, 100 Beverly Parkway, Pensacola, is entrusted with arrangements. You may express condolences online at www.fcfhs.com.

Kenneth W. Maine, age 73, died on April 5, 2022, with his wife by his side at West Florida Covenant Hospice after a very short battle with pancreatic cancer. He was born on October 21, 1948 to Ruth and Clark Maine (deceased) in Potsdam, New... View Obituary & Service Information

The family of Kenneth W. "Ken" Maine created this Life Tributes page to make it easy to share your memories.

Send flowers to the Maine family.