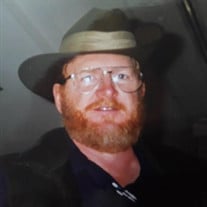 Kenard (Ken) Lewin Janney, Jr. of Cantonment went to be with Jesus Christ, his Lord and Savior, on January 2, 2022, after a 2-year battle with cancer. He died peacefully at the age of 73. Ken was born October 27, 1948, in Wilmington, Delaware, to Kenard Lewin Janney, Sr. and Mary Elizabeth Turpin Janney. He was preceded in death by his parents and is survived by his wife Donna Marie Janney of Cantonment, FL; daughter Bernadette Bradley (Dennis) of Wilmington, Delaware; son John Janney of Wilmington, Delaware; four grandchildren, Gabrielle, Ricky, Kristen, and Elizabeth; sister Vibra Celeste Hatoff (Joel) of New Jersey; and several nieces, nephews, and cousins. Surviving a plane crash in his mid-20s, Ken underwent an EEG; Donna, his wife-to-be, was the technician for that test. They were soon dating, and they married on February 22,1975. Ken was a faithful provider for his wife and children; and they enjoyed traveling, skiing, camping, and even learning and teaching CPR together. Ken was a life-long learner, a history buff, and a diligent worker. Graduating from Pennsville High School of Pennsville, NJ, Class of ’66, he achieved his bachelor’s degree in college and took numerous courses to advance both his military and computer careers. He spent 30 years as a chemical lab technician with the DuPont Company and headed up both its CPR Team and Emergency Response Team. In the military, Ken served as an armor officer and then a medical officer. After 20 years in the military, he retired in 1989 as a captain in the medical services of the Army Reserves. He went on to use his skills as a volunteer firefighter and ambulance responder. Ken also had great compassion for those with special needs: he helped care for Donna’s 84-year-old father, who had lymphoma, and Donna’s mentally handicapped sister Alfreda. After Ken’s retirement from DuPont, Ken acquired Microsoft certification and continued to acquire new certifications until the COVID epidemic and his cancer forced his retirement. He also used his medical, computer, and other skills at Mt Zion Bible Church of Pensacola, where he and Donna attended. Ken had a life-long love of music. His father was a big bandleader, so Ken grew up listening to big band music almost exclusively. He sang in high school, churches, and other musical groups; he also played the mountain dulcimer. He encouraged his family to develop their musical talents as they learned autoharp, piano, flute, guitar, and singing. Friends, fellow workers, neighbors, students, and the congregation of Mt Zion Bible Church loved Ken. And in the last few months of his cancer journey, he gave evidence of repentance of his sins and faith in the Lord Jesus Christ. He declared that Christ was his ALL in ALL, to the joy of all who loved his soul. Visitation will be Wednesday, January 12, 2022, from 1:30 to 2:00 PM, the funeral service at 2:00 to 3:00 PM, at Faith Chapel Funeral Home South, 100 Beverly Parkway, Pensacola, FL 32505 (850) 432-6146. Obituary and live stream video can be found at www.fcfhs.com . The video will be available for 90 days. IMPORTANT: Please refrain from wearing scents or fragrances, such as perfume, aftershave, cologne, laundry boosters, scented deodorants, and scented soaps. Please air out clothing washed in scented detergents. Donna Janney can have serious medical consequences to these exposures. Thank you for your kind consideration. The interment will be on Thursday, January 13, 2022. Those wishing to be in the procession will meet at Faith Chapel at 1:15 PM to line up. The procession will leave at 1:30 PM sharp for Barrancas National Cemetery on the Naval base. All MUST stay with the procession entering and leaving the cemetery. Please bring masks, as they may be required in the cemetery, even though the burial service will be outside. In lieu of flowers or plants (because of Donna’s sensitivities), contributions may be given to Ken’s favorite charity, Chapel Library, 2603 West Wright St, Pensacola, FL 32505.

Kenard (Ken) Lewin Janney, Jr. of Cantonment went to be with Jesus Christ, his Lord and Savior, on January 2, 2022, after a 2-year battle with cancer. He died peacefully at the age of 73. Ken was born October 27, 1948, in Wilmington, Delaware,... View Obituary & Service Information

The family of Kenard "Ken" Lewin Janney, Jr. created this Life Tributes page to make it easy to share your memories.

Kenard (Ken) Lewin Janney, Jr. of Cantonment went to be with...