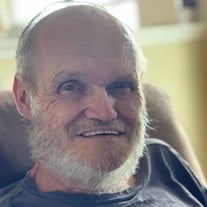 Wayne Eastman was born in Chamberlain South Dakota to John and Hazel Eastman. He attended school in Chamberlain. Soon after, he joined the Army and served in the Vietnam War. Wayne returned to Chamberlain and found work constructing the I-90 Bridge, now known as the “Lewis and Clark Memorial Bridge. He moved to Mitchell South Dakota and took up Journeyman/Lineman vocational studies. He was hired by Bon Homme Electric in Tabor, South Dakota in 1978. Wayne married Joy Corbin. They made their home in Tabor where they had two children, Melissa Corbin, Whom Wayne adopted, and son John Riley Eastman. Later the family moved to Lewiston, Idaho where Wayne worked for Clearwater Power Company for 29 years. Wayne retired in 2016.Wayne enjoyed Lewiston’s NAIA World Series. He Loved listening to classic country artists and had an extensive CD collection. He also enjoyed photography and his artistic eye gleaned on classic cars and his family. He sold some of his art work at local vendors. In later years, he was creative with Photoshop and provided smiles and chuckles to those who viewed his final products. He enjoyed traveling, while touring in New York he thoroughly enjoyed the Broadway shows. He met his current wife, Yuqiu Lian, in China where they were married on, November 24th, 2004. After living in Lewiston, they decided to travel to warmer weather and bought a home in Pensacola Florida. Wayne was predeceased by his parents, John Eastman and Hazel Perry, infant brother Larry Eastman. Wayne is survived by his loving wife, Yuqiu Lian; two children from first marriage, Melissa (and Bradley) Welter of Anchorage, Alaska. John (and Angela) Eastman of Lewiston, Idaho. Six grandchildren and one great grandchild; four siblings: Allen Eastman of St. Paul Minn. Billy Eastman of Sioux Falls South Dakota. Cindy (and Steve) Groseth of Corsica South Dakota, David Eastman of Sioux Falls South Dakota. A Military Grave site service will be held at a later date. Faith Chapel Funeral Home South, 100 Beverly Parkway, Pensacola, is entrusted with arrangements. You may express condolences online at www.fcfhs.com.

Wayne Eastman was born in Chamberlain South Dakota to John and Hazel Eastman. He attended school in Chamberlain. Soon after, he joined the Army and served in the Vietnam War. Wayne returned to Chamberlain and found work constructing the I-90... View Obituary & Service Information

The family of Johnny Wayne Eastman created this Life Tributes page to make it easy to share your memories.

Wayne Eastman was born in Chamberlain South Dakota to John and...