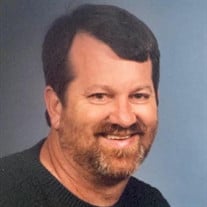 Jack Wayne Dixon 01/30/1947 – 04-30-2022 Jack was born in Pensacola, FL and lived his early years in Aragon Court where he maintained order with his posse of “stick horse cowboys”. He graduated in the class of 1965 from Pensacola Tech, during which time he met the love of his life, Linda Sue Taylor. His love of sports and people led to the fulfillment of his dream to start his own business, Dixon Brother’s Sporting Goods in 1973. The business became a cornerstone of the Ensley community and is still thriving today as Dixon Screenprinting. His impact on the lives of individuals through coaching and mentoring of youth in the surrounding communities is immeasurable and will live on in the lives of those he touched. If you ever met Jack, you knew you had a friend for life. His dream of being a cowboy was realized when he and Linda moved to Summerdale, AL and settled into the “farm life”. He had a deep love for all of God’s creatures and cared for his land and animals with the same respect he had for people. Jack became an active member of Summerdale United Methodist Church where he taught Sunday School and served on numerous committees during which time his relationship with Christ grew and became the center of his life. He loved his family, friends and his community…but most of all, he loved Jesus. In the latter part of his life, Jack’s desire was to spread the gospel and make sure that he would see each of you again one day in heaven. It is goodbye for now, but not for long. Happy trails to you until we meet again! He was preceded in death by his mother, Maggie Ruth Dixon; father, Harvey Marion Dixon; siblings, Joyce (Lyle) Bartsh, Joanne (Ernie) Graessle, Jerrie (Jimmy) McNair, Judi (Harry) Hamm, Harvey “Buddy” (Barbara) Dixon, John Dixon, James R. Dixon and Donna Marconi. Jack was survived by his wife of 55 years, Linda Sue Dixon; sons, Jack Todd (Kristen) Dixon and Jason (Lisa) Dixon; daughter, Jessica S. Bryan; Miss Suzie Q-Border Collie and Prissy- Mountain Cur; grandsons, Drew (Jodie) Dixon and Riley Dixon; grandson, Harden Liam Bryan; sister, Linda (Rick) Bunger; sisters-in-law, Shasta Dixon, Carol Barrell, Cheryl (Terry) Nettles, Teri Carey, Rebecca (Tom) Rigby and Joyce Zabriskie; brother-in- law, George (Peggy) Taylor; and beloved nieces and nephews. Funeral services will be held at 2PM on Saturday, May 7, 2022 at Faith Chapel Funeral Home North with Bro. Judd Coggin and Rev. Glyn Lowery, Jr. will officiate services. Burial will follow in Gonzalez UMC Cemetery. The family will receive friends at 12Noon prior to services. Pallbearers will be Drew Dixon, Riley Dixon, Harden Liam Bryan, John Paul Caballero, Steve Graessle, and Greg Hamm. Doug Riggan, Andy Scanlon, Buck Cato, Billy Houdashelt, John Resmondo, Don McCrory, Robert E. Haber will serve as Honorary Pallbearers. In lieu of flowers donations can be made to the Alabama Sheriff’s Boys Ranch (selectBaldwinRanch) https://secure.goemerchant.com/secure/custompayment/ boysandgirlsranchesofal2/13398/default.aspx? FAITH CHAPEL FUNERAL OME NORTH, 1000 Hwy. 29 South, Cantonment, FL entrusted with arrangements. You may express your condolences online at www.fcfhs.com.

The family of Jack Wayne Dixon created this Life Tributes page to make it easy to share your memories.

Jack was born in Pensacola,...

Send flowers to the Dixon family.