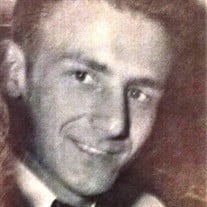 Hubert D. “Budda” Fillingim resident of Pensacola, Florida passed away on Sunday, June 5, 2022 at the age of 88. He was born on November 17, 1933 in Molino, Florida. Budda graduated from Catholic High School, Pensacola, Florida in 1950. He signed a Grant in Aid to play football at the University of Mississippi, but he decided that football and Oxford wasn’t his cup of tea so he returned home to his bride and signed a professional baseball contract with the Milwaukee Braves, yes, he must have been an amazing athlete. Budda played two seasons in their farm system primarily as a Pitcher. He was a hard throwing right hander known for his fastball. 1952 he played Class “D” ball in Headland, AL with the Dixie Runners. In 1953 he played with 3 different teams: Class “D” with the Thibodeaux Giants, Class “C” with the Eufaula Millers and then with Class “D” with the Ft. Walton Jets. Budda’s career ended there with an arm injury. Dreams of making his fortune took him away to the bright lights of New York. After realizing that these weren’t his kind of people and meeting some Mob types, he decided to return to his hometown of Pensacola. He returned home to start a family. He and Earlene were blessed with four children, two sons, Michael and Monte followed by two daughters, Melissa and Michelle. He began his career of 35 years working at the St. Regis Paper Mill in Cantonment, Florida. The family lived in the Warrington community for many years. As the children began getting involved in youth sports, he and Earlene became Coach and Team Mom. This is where his legacy really began. His knowledge and passion especially for baseball touched numerous children. He continued to coach and give lessons when asked by anyone willing to put the time and effort into the activity. As with everything, time catches up and the allotted time to the game slips away. However, in their case, grandchildren came along and renewed their passion. They continued to follow and support both grandsons and granddaughters in their endeavors. This tradition has continued with the great grandchildren. It’s a daily occurrence for us all to be at a ballpark somewhere. Through technology they have been able to listen and watch the grands play. Even on his last day with us the Cubs and Cardinals were playing on tv. While Dad wasn’t able to speak, he was still able to communicate. As he got word that the youngest grand had hit a game winning walk off homerun there was a huge smile and fist pump. Not a bad way to end a journey of 88 years. Dad never belonged to any fraternal groups or an organization. His family and friends were his focus. Fishing or ballplaying were his happy places. Always willing to help and always willing to defend; that is our father and his legacy. He was preceded in death by his parents; four brothers, William T. Fillingim, Gary R. Fillingim, Hector J. Fillingim and Thurman E. Fillingim; and sister, Peggy Jean Allen. Budda is survived by his wife Earlene Brown Fillingim; two sons, Michael (Kay) Fillingim and Monte (Martha) Fillingim; two daughters, Lisa G. Fillingim and Michelle (Terry) Golson; grandchildren, Michael S. Reiter, James (Ashley) Reiter and Jonathan C. Reiter, Courtney (Ryan) King, Candice (Kevaughn) Sandy, Thomas J. Cain III, April L. Fillingim, Michael (Bea) Fillingim II and Ryan (Anna) Fillingim; two sisters, Frances L. Gilley and Patsy F. Burris; twenty Great Grandchildren; and one Great-Great Grandchild Funeral services will be held at Faith Chapel Funeral Home South at 11:00 a.m. on Saturday, June 11, 2022 with Pastor Michael Montgomery officiating. Burial will follow in Ray’s Chapel Cemetery. The family will receive friends from 5:00 p.m. to 7:00 p.m. on Friday, June 10, 2022. Pallbearers will be Michael S. Reiter, James E. Reiter, Jonathan C. Reiter, Thomas J. Cain, Michael R. Fillingim II and Ryan D. Fillingim. Aiden J. Reiter, Evan M. Reiter, Brody L. Reiter, Easton C. Reiter, C. Bryson Fillingim, Hayes D. Fillingim, Thomas J. Cain IV, Michael R. Cain, Terry W. Golson, Ryan A. King and Kevaughan A. Sandy will act as Honorary Bearers. In Lieu of flowers, memorial gifts may be made to Cure JM Foundation in honor of his great grandson who battles juvenile myositis. Checks can be mailed to Cure JM, P. O. Box 45768, Baltimore, MD 21297. Gifts can be made online at www.curejm.org/donate. For questions, please contact [email protected] Faith Chapel Funeral Home South, 100 Beverly Parkway, Pensacola, Florida 32505 entrusted with arrangements. You may express condolences online at www.fcfhs.com

The family of Hubert Dewitt "Budda" Fillingim created this Life Tributes page to make it easy to share your memories.

Send flowers to the Fillingim family.