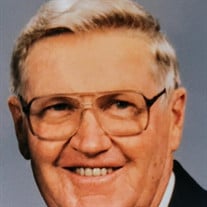 Born in Lakeland, Florida on September 28th 1930 to George Irvin and Minnie Matilda Dunn (Maiden name Green) was George Green Dunn. He was humble, hard working, and honest. George was a devoted husband, and a caring and steadfast father, grandfather, and great grandfather. He is survived by his wife of 72 years, Luna Lorenne Dunn, his son Steve Green Dunn and daughter Wanda Lynn Webb, his grandchildren Paige Nicole Webb and Preston Lane Webb that he helped raise, and his three great grandsons Jayden John Webb, Rowan Alexander Hitchcock, and Gabriel Emrys Hitchcock. Rarely idle, he worked all the way up until 2 years before his passing. He was a Monsanto Retiree, having worked as a fabricator, and continued on as a farmer of great variety. He was once asked if he really made much money in the business of vegetables and he laughed and said no, but that he enjoyed working the land. No one could ever have grown a better watermelon and he was famously known by his local community for his winter crops of turnips, collards, mustards and rutabagas, the summer peas, and the muscadine vineyard he loyally tended. He would often tell you things like "I'll pay you tomorrow for a hamburger today" and loved moon pies, nutty buddy bars, honey buns and apple pie. He took honey in his coffee and when it came to sports he was an Auburn fan, but he'd root for Alabama too. Though his favorite was to watch the Tampa Bay Ray's play baseball. He was a godly man, having been a Deacon at his church and an active member of fellowship and now he rests with the Lord as of February 10th, 2022.

The family of George Green Dunn created this Life Tributes page to make it easy to share your memories.

Born in Lakeland, Florida on September 28th 1930 to George Irvin...

Send flowers to the Dunn family.