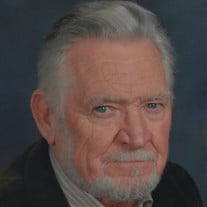 Franklin Joe Brock passed away on January 31, 2022 surrounded by his family. Frank, lovingly known as Frankie Joe and Poppy, was born in Joplin, Missouri on December 7, 1939. Frank was an athlete during his high school years at Weir High School in Kansas becoming the star running back and captain of his high school football team. Frank came to a pivotal point early on in adulthood and decided to enlist in the United States Navy on 12-8-1958, just one day after his 19th birthday. Frank’s first duty station was at Naval Air Station Whiting Field where he was trained in avionics electronics. Frank fought in the Vietnam War as a Navy Airdale on a CH-34 medevac helicopter. He was then stationed at NAS Jacksonville, FL where he flew with the Hurricane Hunters Airborne Squadron Four in a C-121 Super Connie airplane as well as a P3 airplane. As if fighting in a war was not daunting enough, he now wanted to fly into the eye of a hurricane no matter the strength of the storm! This period of his military career proved to be Frank’s passion. He proudly spoke of the Hurricane Hunters more than anything else involving his military career, even speaking to his granddaughter’s fourth-grade class about how the mission of flying into a hurricane was performed. Frank then came to Corry Station and taught electronic warfare. His last tour of duty was aboard the USS Saratoga and then on to NAS Pensacola, FL where he retired as a Chief Petty Officer after giving 21 years of service in the United States Navy. During his military career, he was awarded several Good Conduct Medals for Service, National Defense Service Medals, a Meritorious Unit Commendation Air Medal, a Republic of Vietnam Campaign Medal, and a Republic of Vietnam Service Medal. After retiring, Frank worked for NADEP Civil Service at NAS Pensacola where he dedicated another 20 years to his career before retiring to become a full-time grandfather. Frank was honored to serve his country. Frank became a Life Member of the Warrington Elks Lodge #2108 in 2015 for dedicated service since 1984. During his service with the Elks, he served as an officer, a trustee, and house committee chairman. He was honored with the prestigious Elk of the Year award. He proudly served as an Elk for 38 years. In 1979, he met his soulmate and the love of his life, Ann. They would have celebrated their 42nd anniversary on March 28th of this year. When they were first married, Frank instantly became a father to five teenage daughters. After a couple of months of marriage, the always frugal Frank expressed he never realized one household could go through so much toilet paper! When Frank and Ann retired, they traveled throughout the United States in their motorhome. They made it to 48 states enjoying parks and historical sightings. They both had a love for the open road and have many journals to prove it. Frank was preceded in death by his father, Charles Brock; mother, Betty Brock; biological father, John Sullinger, and sister, Marci West. He is survived by his beautiful and devoted wife, Ann; his furever companion, Zeke; children, Katrina and Stacy Brock; Kim Turner & husband, Allen; Cyndi Mercer & husband, Eddie; Tracy Meador; Sister, Rosemary Norris; Niece, Suzi Begando; nephew, Brock West; and last but not least, the twinkle in his eye, his two granddaughters, Natalie & Allie Turner and Allie’s fiancé Jack Hooper. Frank’s last smile was when they came to visit him in the hospital. Poppy, thank you for your service to our country, loving our mother unconditionally, raising your five daughters, and being your granddaughters' hero. The years ahead will be difficult without you. Anchors Aweigh! In lieu of flowers, please donate to St. Jude Children’s Research Hospital in memory of Frank Brock. He was very devoted to St. Jude because of their dedication to his daughter, Stacy. Frank never let a year pass without making a donation to them. Funeral services are on February 17, 2022, Faith Chapel South; visitation at 9:00 a.m. with the service at 9:45 presided over by Brother Daniel Randall. Interment will be at Barrancas National Cemetery immediately following the service at 11:30 a.m. with full military honors.

Franklin Joe Brock passed away on January 31, 2022 surrounded by his family. Frank, lovingly known as Frankie Joe and Poppy, was born in Joplin, Missouri on December 7, 1939. Frank was an athlete during his high school years at Weir High School... View Obituary & Service Information

The family of Franklin Joe Brock created this Life Tributes page to make it easy to share your memories.

Send flowers to the Brock family.