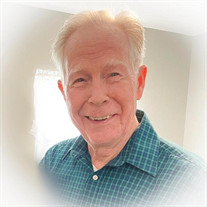 On May 5, 2022, Ferris Lee Liske (88) went home to Heaven. He succumbed to illness complicated by Alzheimer’s disease. Ferris was born on September 7, 1933, in Alpena, Michigan. His parents, Otto & Sarah Liske, farmed land there. After graduating from Alpena High School in 1953, he went on to serve in the US Army. He was stationed in Germany, drove a tank, and eventually became Chaplain’s Assistant. During his time there, he was able to travel to much of Europe and Egypt and even rode a camel by the Pyramids. After returning to Alpena, he met Karen Enger at his church, Ripley Blvd Baptist. He then began pursuing a degree at Moody Bible Institute in Chicago, IL. During one of Karen’s visits to see him in Chicago, he proposed and she accepted. They were married on July 27, 1957, and honeymooned at Niagara Falls. They were faithfully married for over 64 years before Karen’s home going to Heaven on January 8, 2022. Ferris & Karen had four children. He loved teaching skills to and playing with his kids and traveling with his family throughout the United States, Canada, and Mexico. They traveled/camped in a variety of ways: a cross-country trip in a VW bus with 3 young children, a station wagon with 4 kids (Karen made curtains and Ferris made “sling” beds over their feet in the back.), a tent, a small travel trailer, and then they converted an old school bus (affectionately dubbed the Blue Goose) and crossed the country, again. When only the youngest was still at home, they refurbished a camper van and drove it to Alaska and then to Maine. Years later, they finally bought a “modern” camper van and traveled around the country even more. Ferris’ goal was always to see as much as possible for little to no money. He was pleased to take his family to free museums, state capitols, the free gift shops at entrances to attractions, visiting family & friends, and the great outdoors. His children benefited from his adventurous spirit, seeing much of North America in their childhoods. Ferris spent many years in college and seminary and earned a bachelor of arts & masters degrees. He was an ordained pastor for 34 years. He pastored churches in Michigan, Indiana, Illinois, and Ohio. He loved working with the youth doing summer bike camps, church camps, VBS, family camps, visiting shut-ins, and preaching the Word. After retiring from the pastorate, he & Karen served as short-term missionaries at the Japan Mission, making 20 three-month-long trips there. Ferris helped build and maintain the mission’s buildings as well as performing Western-style weddings, actually speaking Japanese during the ceremonies. Ferris took missions trips to Germany, Haiti, Jamaica, and Peru, also. Plus, he volunteered at the Creation Museum in Kentucky when it was being built and at Wycliffe headquarters in Orlando, FL, doing construction projects there. Ferris was a natural athlete and excelled at anything he tried. He ice-skated, roller-skated, sailed, snow skied (cross country, downhill, behind the car), and water skied. An impromptu opportunity found him skiing in his long pants & button shirt leaving from the dock, skiing around the lake, and returning to the beach without getting in the water. He once hit a Hole-in-One even though he rarely played golf. Church volleyball league was the only sport he played somewhat competitively. He rode his bicycle most days up until the last 6 months of his life. He enjoyed swimming for exercise in a pool or at the beach. Ferris enjoyed life and lived his to the fullest. This was evidenced through his eating. He could make anything he ate look like it was the most delicious dish ever. He savored every bite. He definitely made the most of this life on earth, always engaging in some sort of activity and with people. Ferris was an innovator and was always tinkering with something that needed fixed or improved. When he was a teenager, he turned his bicycle into a motorbike. As a middle-aged adult, he retrofitted his sailboat into an iceboat that sailed across the frozen Grand Lake in St. Marys, OH. His interests were wide and varied from gardening, mechanics, renovating & renting houses, building a cabin in his woods in Michigan, and especially, sharing the gospel of Jesus with everyone he came in contact with. He always had a catchphrase and changed them over the years. His last one was: Did you get your free house? He then would explain how Jesus has gone to Heaven to prepare a home (house) for those who believe in Him and faithfully trust Him as their Savior. It's a free gift. Ferris was preceded in death by his wife, Karen (Enger) Liske; parents, Otto & Sarah Liske; parents-in-law, Carl & Isabel Enger; brother & sister-in-law, Donald & Shirline Liske; brother-in-law, Norman Beyer; brother-in-law, Glen Manning; and grandson, Ross Bruns. He is survived by his four children & their spouses: Deborah & Marc Chitwood (OH); Karl & Christy Liske (OH); Mary & Dan Bruns (FL); David & Angie Liske (CO); six grandchildren & spouses: Mary & Cody Jackson (OH); Mitchell & Ashlie Bruns (FL); Aaron Chitwood (OH); Megan Liske (CO); Eric Liske (Germany); and three great-grandchildren: Noah Jackson, Nolan Bruns, and Elliot Jackson. Ferris is also survived by his sister, Viola Beyer (MI); brother & sister-in-law, Richard & Phyllis Liske (MI); sister, Jeanette Manning (MI); and many nieces & nephews around the country. Ferris was a wonderful husband and father and a faithful servant of God. We will see him again among that great cloud of witnesses. If you would like to honor his memory in a tangible way, please consider donating in Ferris’ memory to Gideons International @ gideons.org or the Japan Mission @ Japan Mission.org

On May 5, 2022, Ferris Lee Liske (88) went home to Heaven. He succumbed to illness complicated by Alzheimer&#8217;s disease. Ferris was born on September 7, 1933, in Alpena, Michigan. His parents, Otto & Sarah Liske, farmed land there. After... View Obituary & Service Information

The family of Ferris Lee Liske created this Life Tributes page to make it easy to share your memories.

Send flowers to the Liske family.