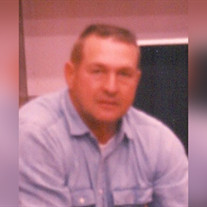 Douglas Gwin Weaver, a loving husband, father and grandfather died unexpectedly on January 15, 2012. Douglas was born June 1, 1942 in Evergreen, Alabama. He was preceded in death by his parents W.R. and Lena Weaver; brothers, W.A., Newton, DeWitt and Ronnie. He is survived by Judy, his wife of 44 years, his daughter, Shelly (Jerry) Helton and his son, Mark (Becky) Weaver, his granddaughters, Taylor, Morgan and Julia, who were the apples of his eye, his grandson, Douglas Cade, his newest pride and joy, his brother, Shannon (Malva) Weaver, his sisters, Helen (Jim) Butler, Yvonne (Ken) Chambers, Glenda (Don) Smith and many nieces and nephews. Douglas was a long time resident of the Clear Springs, Alabama and Cantonment, Florida areas. He was a 1960 graduate of Tate High School. He served in the United States Army in Anchorage, Alaska. He enjoyed a long career in the logging industry and was the owner of M&S Logging. He spent many happy hours farming and raising cattle. Douglas had the strong hands and firm handshake of a working man with a kind and generous heart always willing to help those who needed him. Funeral services will be held at 10:00 AM on Wednesday, January 18, 2012 at Faith chapel Funeral Home North-Cantonment. Interment will follow at Clear Springs Cemetery in Clear Springs, Alabama. Serving, as pallbearers will be Doyle Weaver, Archie Weaver, Michael Patrick, Jimmy Elliott, Tommy Chastang and Bob Baggett, Jr. The family will receive friends at the funeral home Tuesday, January 17, 2012 from 6:00 pm until 8:00 pm. Faith Chapel Funeral Home North, 1000 Highway 29 South, Cantonment is in charge of arrangements. Please express your condolences at www.fcfhs.com

The family of Douglas Gwin Weaver created this Life Tributes page to make it easy to share your memories.