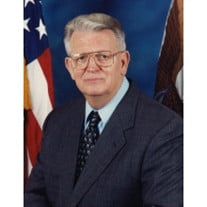 Charles Orren Bragg, 84, of Pensacola, passed away Sunday, November 7, 2021. He was born August 9, 1937 in Sandersville, Georgia, to the late Brice Harold Bragg, Sr. and Nora Louise Brooks Bragg. Charles was honored to have served the Navy at worldwide duty stations and at sea during an active duty career and aboard Corry Station during his Civilian Service career. He enlisted in the U.S. Navy in 1954. The following year, he graduated from Communications Technician Collection Class "A" School at Imperial Beach, California and Non-Morse Intercept Operator School at March Air Force Base, California. His active duty shore assignments include Naval Communications Station Guam; Naval Radio Station Cheltenham, Maryland; Naval Security Group Activity Kami-Seya, Japan; Naval Communications Station San Miguel, Philippine Islands; Naval Security Group Activity Bremerhaven, Germany; and Naval Communications Station Sidi Yahia, Morocco. While attached to Commander, Service Squadron EIGHT at Little Creek, Virginia, Charles served at sea aboard the USS Palm Beach (AGER-3) where he was the Senior Enlisted Cryptologist, Officer of the Deck Underway and Chief Master at Arms. He retired from the Navy in 1974. He began his civil service career in 1975 as a Management Analyst in the Plans and Programs Office of the former Naval Communications Training Center, Corry Station, Pensacola, Florida. He held many positions and grades until ultimately selected to serve as Executive Director, Center for Cryptology Corry Station. The Navy merged the Center for Cryptology and the Center for Information Technology in January, 2005, creating the Center for Information Dominance. His influence and corporate knowledge were made legendary years ago when a former executive officer dubbed him "Mayor of Corry Station," and were noted by each of the commanding officers at the ceremony with whom he served. Charles has been recognized by the local Congressman for being first runner-up as the Federal Manager of the Year and has been awarded the Department of the Navy Meritorious Civilian Service Award. Of his many U.S. Navy accomplishments, he was most proud to have been a Senior Enlisted and Officer of the Day at Sea. Our father, from all our extended family, was all about God first, then family, then work. Dad was the glue that kept us all together for as long as he could. He was a mentor to whom ever would just take a minute and listen. He was always ready to jump and serve anybody who asked, family or not. He was always the first man to offer his time and wallet to family, friend, or stranger. Our father led a very humble life so others could be fruitful and have what he never had growing up, while picking cotton and eating fatback out on their family farm in Georgia. His love of family, whether on a baseball field, at a football game or just cooking out at home, was always to have more than we really needed. Our father will always be treasured by all of us and our extended family and missed sincerely. There will never be enough words to express the family's love for him. He is preceded in death by his wife, Betty Bragg of 64 years; brothers, Brice Harold Bragg, Jr. and Edward Bragg. He is survived by his six children, Charles O. (Vicky) Bragg, Jr., Robert B. (Margaret) Bragg, Larry E. (Pam) Bragg, David T. Bragg, his children's mother, Stacey Bragg, Katrina Findley, and her children's father, Robert Findley, and Carol Luann (Bryson) Bratcher; 15 grandchildren; 10 great grandchildren; one brother, Joseph (Bettie) Bragg; sister's-in-law, Mary Ann and Susan Bragg. Visitation will be Friday, November 19, 2021 from 11:30AM to 12:30PM at Bellview Baptist Church. Funeral services will follow at 12:30 PM. Doctor Dale Patterson will be officiating. Interment will be at Barrancas National Cemetery. Pallbearers will be Tom Carter, Paul Jones, Richard Marshall, Gary Crutcher, Andrew Pinney, and Kevin McLemore. FAITH CHAPEL FUNERAL HOME SOUTH, 100 Beverly Parkway, Pensacola, is entrusted with arrangements. You may express condolences online at www.fcfhs.com.

Charles Orren Bragg, 84, of Pensacola, passed away Sunday, November 7, 2021. He was born August 9, 1937 in Sandersville, Georgia, to the late Brice Harold Bragg, Sr. and Nora Louise Brooks Bragg. Charles was honored to have served the Navy... View Obituary & Service Information

The family of Charles Orren Bragg, Sr created this Life Tributes page to make it easy to share your memories.