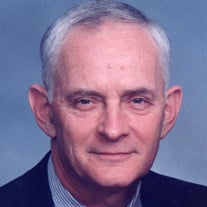 Anthony Timothy (Tim) Common passed away peacefully on May 12, 2022 with his wife by his side at the age of 86 years old. Tim was born in 1936 in Yonkers, New York to Helen and George Common. As a boy, the stories of Antoine de Saint-Exupery fascinated him with flight. He graduated from Forty Fort High School in 1954 and attended both Penn State University and Wilkes College. Tim entered the US Naval Aviation Cadet program in 1957 in Pensacola where he learned to fly single-engine fixed wing, multi-engine fixed wing, and helicopter aircraft. After completing his aviator training, he was commissioned a 2nd Lieutenant in the Marine Corps. He met, immediately fell hard for, and married Ruth Gilmore of Pensacola, Florida in 1960 after returning from his first overseas military tour. Ruth was the constant love of his life. Tim served over twenty years as an officer in the Marine Corps, traveling the world, flying thousands of hours in a wide variety of military aircraft, fighting in and surviving the Vietnam war, and serving his country with distinction. He served three helicopter tours in Vietnam, earning two Purple Hearts and multiple Air Medals. Major Common retired from the Marine Corps in 1977 and then moved to Pennsylvania to successfully manage and grow a family business in the construction industry. He returned to Pensacola in 1981 with his wife and three children and served as a civilian helicopter flight simulator instructor at NAS Whiting Field for 20 years until he retired. Tim possessed a kind and generous spirit, a curious and deeply intelligent mind, and a big, deep heart for loving his wife, his family, and God. He had the mind of an architect-engineer and continually used it to improve his surroundings. Over the years he built and managed hundreds of projects that ranged from serving as the general contractor for constructing two family homes, multiple home renovations, and an endless number of projects with his sons, neighbors and church family. Tim was humbled, inspired and guided by a deep faith in God that he shared with his loving wife. Tim was an active and dedicated member of Covenant Orthdox Presbyterian Church where he served as a Deacon since 2007. Tim is survived by his wife, Ruth G. Common; his three sons Scott, Bruce and John; and his five grandchildren Foster, Frannie, Bennett, Lincoln Grace, and Rivers. The funeral service is scheduled for 11:30am on Tuesday, May 17, 2022 at Faith Chapel Funeral Home South in Pensacola. Family and friends are invited to gather one hour before the service at 10:30am. Pastor John Schortmann will officiate the funeral service and at the grave site at Barrancas National Cemetery, Pensacola. In lieu of flowers, donations to St. Judes Children’s Hospital are encouraged.

Anthony Timothy (Tim) Common passed away peacefully on May 12, 2022 with his wife by his side at the age of 86 years old. Tim was born in 1936 in Yonkers, New York to Helen and George Common. As a boy, the stories of Antoine de Saint-Exupery... View Obituary & Service Information

The family of Anthony T. Common created this Life Tributes page to make it easy to share your memories.

Anthony Timothy (Tim) Common passed away peacefully on May 12,...

Send flowers to the Common family.