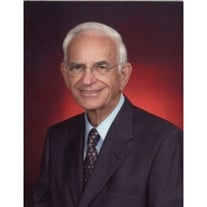 Alton Kelly, 91 of Pensacola, passed away Thursday, December 9, 2021. Mr. Kelly was preceded in death by his first wife, Bonnie second wife, Irene; and son, Glenn Kelly. He is survived by his children Sheila Kelly, Sandra Kelly, Patricia Gale Granger, Bill (Lisa) Justice, Tina (Don) Neese, and Scott (Rebekah) Justice; 12 grandchildren and 9 great-grandchildren. Mr. Kelly was born October 17, 1930 to the late William Carlos Kelly and Susie Antonia Brannan in Orlando, Florida. He was one of eight children. In 1948 at the age of 17, Mr. Kelly joined the U.S. Navy where he served until his retirement as Master Chief after 20 years of service. He retired a second time from SSC in 1990. He loved planting a garden every year and working in his yard. For many years, he and Irene traveled to Central Florida on extended fishing trips. He was a longtime member of Olive Baptist Church where he taught fourth grade Sunday School for over 28 years and served as Deacon Vice Chairman, Deacon Secretary, and Treasurer as well as in many other areas. He was also a member of the Gideons. Bible Verse: And we know that all things work together for good to them that love God, to them who are the called according to His purpose. Romans 8:28 Pallbearers: Wesley Greeson, Robert Neese, Stephen Justice, Nathan Granger, Luke Justice, Jacob Greeson, Will Justice and Andrew Justice. Faith Chapel Funeral Home entrusted with arrangements. You may send condolences to www.fcfhs.com.

The family of Alton Wilbur Kelly created this Life Tributes page to make it easy to share your memories.